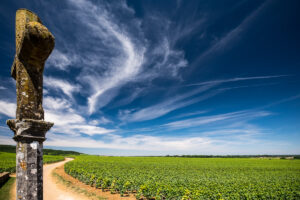 In October 2013, T-Mobile introduced a revolutionary new international cell phone capability — free data and text message roaming in 115 countries, and 20c/min for roaming voice calls. Could this be the best option for travelers looking to save money when in Europe and elsewhere?

International Roaming charges are insanely profitable for Verizon and AT&T. How do we know this? Easy: you can go to France or the UK and buy a pre-paid SIM card to get voice calls that cost between 8-15 cents per minute. You’re paying the highest price for those calls because you’re making no commitment whatsoever. Yet the same voice call, when purchased as international roaming from Verizon or AT&T, would cost you approx 99 cents. AT&T and Verizon have millions of customers who roam Europe making hundreds of millions of calls, so they surely pay a lot less than 8-15 cents. Let’s say that call costs them 3 cents/minute, which means AT&T and Verizon make over 95% profit. The costs to interconnect mobile networks are fixed and effectively zero compared to the revenue collected. Everyone in the mobile phone industry knows this, but only T-Mobile has decided to do something about it.

T-Mobile is offering free 128Kbit/sec data when roaming outside the US, along with free texting in 115 countries, including all the European Union states. Phone calls are 20c/min maximum. You’ll need a GSM World Phone (see here to learn what that means) and a T-Mobile SIM and account. The bad news: 128Kbit/sec isn’t exactly fast. It’s good enough for email and chat, but is very sluggish for website browsing — particularly complex websites like Google mail, Facebook etc. You’ll be much better off using the native apps for those rather than the websites.

You’ll only ever roam on 3G networks, because 4G LTE roll-out and roaming in Europe is in its very early stages, but that’s true today for AT&T and Verizon too. The good news: T-Mobile is offering something that no other US carrier provides today, and with their steadily improving US 4G LTE coverage, that makes T-Mobile far more attractive to customers.

Is it worth switching to T-Mobile to get these roaming advantages? That depends largely on where you live: if there is good T-Mobile coverage in your area, this could be a really great deal for travelers and not just because of free data roaming. T-Mobile also has a very generous unlocking policy for its phones, including the Apple iPhone (see here). This makes it much cheaper and easier for you to use pre-paid SIM cards when overseas. One thing to bear in mind is that T-Mobile uses different GSM radio frequencies to AT&T in the US, so if you plan to bring an existing phone to a new T-Mobile SIM card, read the small print on your phone. Here’s Apple’s page explaining how to find out if your iPhone 5 supports T-Mobile’s 1700Mhz and 2100Mhz frequencies.

Finally, you can also “buy up” to full speed data for relatively little: $15 for 100MB/day, $25 for 200MB/week. All in all, T-Mobile just made international roaming a much more competitive market, and that’s good for everyone. Learn more about using your AT&T, Verizon or Sprint cell phone in Europe here.